The Swiss variant of German has marked differences from its Germanic cousin (German voiceovers). Swiss German has the particularity of having as many accents as cities; the Zurich accent is known to be the most widely used in the German-speaking Swiss media. As for the Swiss German that can be heard in the Railway Station Buffet at Olten, a town halfway between Basel, Bern and Zurich, it is considered the most neutral of all Swiss German accents. Foreign Voiceover.co.uk has selected the best Swiss German voiceovers for you. Listen to their samples now! 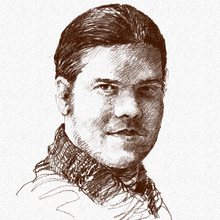 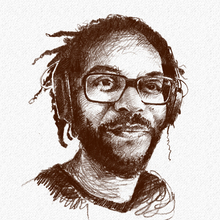 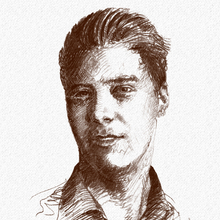 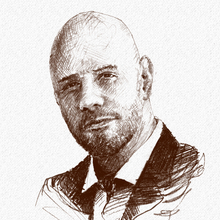 « An actor with a refined and rich voice »

« An actor with a clear and dynamic voice »

« A credible and soothing voice »

« An actor with a refined and rich voice »

« An actor with a clear and dynamic voice »

« A credible and soothing voice »

After three days of looking for a female Swiss German voice-over, I still hadn't found anything on the usual casting sites. I came across Foreign Voiceover.co.uk and found exactly what I was looking for in a blink of an eye. Thanks to this simple user-friendly site I can find top quality voices. Much appreciated! Thanks!

All the demos of our handpicked Swiss German voice-over artists 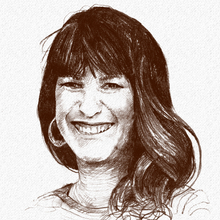 ARE YOU LOOKING FOR A SWISS GERMAN VOICEOVER?

Our guess is that you’re here to find the best possible Swiss German voiceover. Finding the right voice for your project can be an ordeal when it’s so easy to lose yourself in voiceover sites with thousands of possible voices. To make life easier for you, Foreign Voiceover.co.uk has selected six male and female German-speaking voiceovers from Switzerland. Talented professionals with the experience necessary to adapt to every project.

When it comes to foreign voiceover casting, Swiss German in particular, Foreign Voiceover.co.uk has the unparalleled experience to provide you with the best male and female voiceovers from Switzerland. Thanks to our network of experienced professionals, our site can provide you with top-quality voices.

Swiss German (Schwi(i)zerdü(ü)tsch, Schwy(y)zerdütsch, Schweizerdeutsch) refers to all the Alemannic (German) dialects spoken in Switzerland, and generally the dialects of Liechtenstein too.

The Swiss-German dialects are closely related to Alsatian (especially from the region of Sundgau) and the Lorraine Franconian dialects, with the exception of the Wissembourg and Sarre-Union regions. They’re also related to the dialects spoken in Southwest Germany (notably Freiburg im Breisgau), to the dialect spoken in Vorarlberg, Austria, and to those spoken in the Walser villages of the Italian Alps.

As of 2020, there are 4.6 million speakers of Swiss German. Unlike most European dialects, Swiss German dialects are still spoken by all groups of the population, both in the countryside and in large urban centres, and in all aspects of daily life.

SWISS GERMAN VOICEOVER IN OTHER LANGUAGES

‘Voix off suisse allemande’ in French or ‘Schweizerdeutsch Sprecher’ in German, whatever language you speak, we’re sure that you’ll find the best male and female Swiss German voiceover artists on Foreign Voiceover.co.uk!