Romanian is the only official language of Romania and the Moldavian Republic and consists of twenty million speakers. Unlike the Slavic roots of its neighbours, Romanian finds its roots in Latin. Foreign Voiceover.co.uk has preselected tens of Romanian voice-overs, both male and female, and has kept only the best! Take full advantage now of our selection of voices! Delivered within 24 to 48 hours. 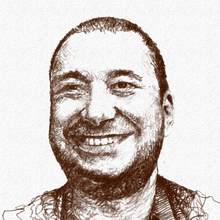 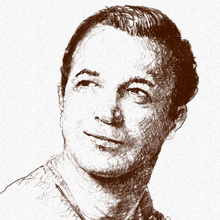 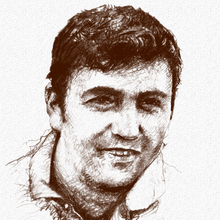 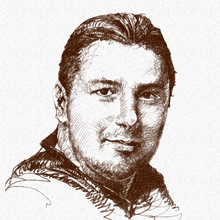 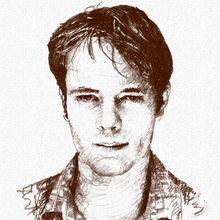 « A generous and warm voice »

« A credible and convincing voice-over »

« A powerful and experienced voice-over »

« An actor with a friendly and credible voice »

« A complicit and reassuring voice »

« An engaging and natural voice »

« A generous and warm voice »

« A credible and convincing voice-over »

« A powerful and experienced voice-over »

« An actor with a friendly and credible voice »

« A complicit and reassuring voice »

« An engaging and natural voice »

Before I knew of Foreign Voiceover.co.uk I wasted hours, even days, searching for the perfect voice for my projects, but now I only use them. The simplicity of the site, the large choice of high quality voice-overs, I've everything I need. Recently I found a Romanian voice-over in just a couple of minutes!

All the demos of our handpicked Romanian voice-over artists

ARE YOU LOOKING FOR A ROMANIAN VOICEOVER?

Do you get the feeling that something’s missing from your production aimed at Romania? Something that could make all the difference? It could well be the Romanian voiceover that’s going to make your video stand out from the crowd! Foreign Voiceover.co.uk has the best selection of Romanian voiceovers to make your project cutting-edge!

Or, perhaps you’re looking for a voice in another language? No need to worry, for you’re able to choose from a comprehensive selection of professional voiceovers in over 50 different languages. Each of these voiceover artists has their own home studio and years of industry experience. They also possess the skills needed to deliver top-quality audio.

ABOUT THE ROMANIAN LANGUAGE

Romanian is a Romance language spoken as a mother tongue by approximately 24 million people, mainly in Romania and Moldova, and as a second language by an additional 4 million people. It has official status in Romania and the Republic of Moldova and is one of the official languages of the European Union and the Latin Union. The languages spoken in the countries neighbouring Romania are Hungarian, Macedonian and Bulgarian.

Our Romanian voiceovers have worked on a variety of productions, such as animated films, audiobooks, voicemail messages, online courses and TV and radio adverts in both Bucharest and other Romanian towns and cities.

ROMANIAN VOICEOVER IN OTHER LANGUAGES

‘Voix off roumane’ in French or ‘Rumänische Sprecher’ in German, whatever language you speak, we’re sure that you’ll find the best male and female Romanian voiceover artists on Foreign Voiceover.co.uk!