Spanish is the third most spoken language in the world. On Foreign Voiceover.co.uk you'll find a selection of twelve voice-over actors and actresses in the language of Cervantes. All are seasoned professionals with a long experience in Spain, as well as internationally. Make your choice from our casting of quality male and female Spanish voice-overs, we'll see to the rest! Delivery within 24 to 48 hours. 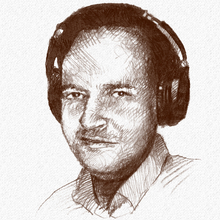 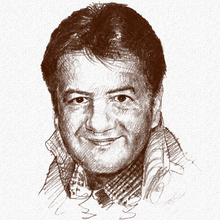 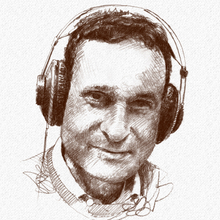 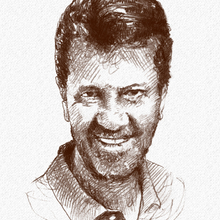 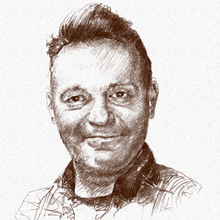 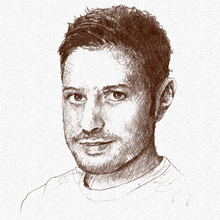 « A reliable and convincing voice »

« A fresh and sympathetic voice »

« A clear and reassuring voice »

« An engaging and sincere voice »

« An actor with an energetic and positive voice »

« A reliable and convincing voice »

« A fresh and sympathetic voice »

« A clear and reassuring voice »

« An engaging and sincere voice »

« An actor with an energetic and positive voice »

At the last minute my client asked me to produce a Spanish version of the e-learning video I was working on. Foreign Voiceover.co.uk really saved my bacon. After a few searches I found a real professional on the site and he respected the tight delay that I had been given. A big thanks!

All the demos of our handpicked Spanish voice-over artists 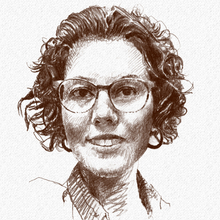 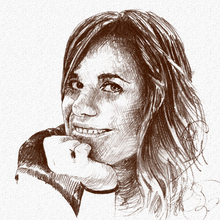 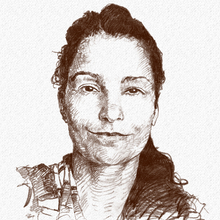 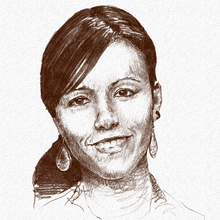 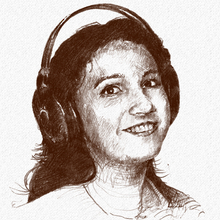 NEED A SPANISH VOICE FOR YOUR PROJECT?

Do you need a Spanish speaking voice over for your next video? Perhaps for your next clip or even for a radio advertisement? Look no further! After a gruelling selection process, Foreign Voiceover.co.uk has chosen the best male and female Spanish voice overs to bring a real benefit to your project. Make your selection now, and give a voice to your script.

Foreign Voiceover.co.uk has unparalleled experience in finding the best male and female Spanish language voice overs. Thanks to our network of experienced professionals, our site can provide you with the highest quality voices.

Our site has gathered the best voice overs the international market has to offer, just for you! Have a project for the USA? We have the American English voice overs you need! Need an audio-guide for an Amsterdam museum? Take a look at our page dedicated to Dutch voice overs, where we’re sure you’ll find an absolute gem! Our site is clear and easy to navigate and allows you to compare the variety of voices on offer in a flash, to find the one that makes your script come to life.

Further information: We guarantee that all the voice actors and actresses you’ll find on our site record in their native tongues, taking the stress out of your localisation requirements.

We wanted our website to combine efficiency and simplicity from the get-go. Whereas the vast majority of our competitors offer tens or even hundreds of voices per language, Foreign Voiceover has decided to offer you the six best male and female voice overs. On our site, you’ll find nothing but experienced professionals who are accustomed to recording studios. The time you’ll save by not trawling through the jungle of amateur voice actors working ad-hoc will be better spent devoted to your project. Favouring quality over quantity is what defines the vision of our selection process, and who better to benefit first, than you?

OUR SPANISH VOICE OVER ENTERPRISE

Need a specific language? All you need to do is select it from the drop-down menu on the top-right of the page and you’ll be taken to the page dedicated to that language, where you’ll find the six male and six female voice overs on offer. Thanks to the simple and ergonomic design of our website, simply passing your cursor over our actor’s portraits will show their key information: age, vocal range and two characteristics of their vocal style.

By clicking on the actor’s portrait, you’ll find a video extract giving you the opportunity to hear their voice. This video will either be a vocal medley consisting of various extracts the voice actor has worked on in the past, or it’ll be of a single project which we believe demonstrates the full potential of their voice. Listening to this extract will give you a clear idea of what your next production could look like.

Of course, there’s more! To hear more extracts just click on ‘+examples’ underneath the video and you’ll find numerous clips covering all the vocal possibilities of the selected voice.

We have also developed, in the spirit of clarity, a search engine which will allow you to find the voice you need in just a few clicks. Working on a video game trailer? Then you’re probably looking for a voice capable of capturing a teenage audience. An explainer video for a women’s beauty product? Our practical tool will allow you to find the voice most in tune with your target audience.

If our directory doesn’t turn up the perfect voice for your project, don’t hesitate to get in touch! We still have countless talented voice overs, some of whom will surely match your needs!

MUCH MORE THAN JUST A SPANISH VOICEOVER PROVIDER

Here at Foreign Voiceover.co.uk we don’t just offer you a selection of talented professionals. Once you’ve chosen your voice, the recording will be done to the utmost quality whilst respecting your timescales. During the recording session, our sound engineers ensure optimal quality is achieved, and upon completion, they will provide you with a ready-to-use sound file.

Should you encounter a problem or find yourself dissatisfied in any way with the final product, such as with the pronunciation of a word, there’s no problem as there’s no limit for returns. At Foreign Voiceover.co.uk, your satisfaction is our priority. However, we don’t take many risks! More than 95% of our customers are satisfied with their initial recording.

Another speciality of ours is that, unlike the majority of our competitors, we don’t ask for prepayment. You only pay once you’ve received and are perfectly satisfied with our product. You’re also more than welcome to request a voice test, to gain a more precise idea of the possible results before starting production.

In any case, if you’re unable to find the answer to a question you have, please don’t hesitate to contact us. Our team are very responsive and will be more than happy to guide you through.

Easy and intuitive, our unique approach to voice over provision allows Foreign Voiceover.co.uk to stand out from its competitors. By choosing us for your future recording work, you are choosing to work with real professionals. Wait no longer, join the thousands of customers before you and choose Foreign Voiceovers for high-quality voice overs and an impeccable rendering.

SPANISH AS A GLOBAL LANGUAGE

Spanish, also known as ‘The language of Cervantes’, the famous author of ‘Don Quixote’, is a language with Latin roots spoken in Spain and in more than twenty Latin American countries as well as in the Philippines. Its prevalence around the world is strongly linked to the history of the Spanish colonial Empire. Spanish is currently the mother tongue of approximately 500 million people and it is used by almost 560 million people, making it the de facto third language in the world for number of speakers, behind Mandarin and English, and it is second in the world for the number of native speakers. Spanish, along with English and French, is one of the primary languages of international communication. It is an official language of several global institutions, including the European Union and the United Nations. Thanks to their common roots, Spanish, French, Italian and Romanian share much of their vocabulary and have very similar grammar rules.

Mexico is the country with the highest number of Spanish speakers in the world; approximately 120 million Mexicans speak Castilian every day. Second place is taken by the United States, with 42 million speakers. Spain comes fourth, just after Colombia.

The Spanish voice overs you’ll find on Foreign Voiceovers are all of the highest quality and have lent their voices to a multitude of diverse and varied productions. Whatever form your project may take, be it animation, explainer videos, radio and TV adverts or something else, our voices will bring real benefit to your production. Come and be first to benefit from the auditions we have conducted in advance.

‘Locutor español’ in Spanish, ‘speaker spagnolo’ in Italian or ‘spanische sprecher’ in German, regardless of your mother tongue, if you are looking for THE Spanish voice over, it’s on Foreign Voiceover.co.uk’s site that you’ll find it!