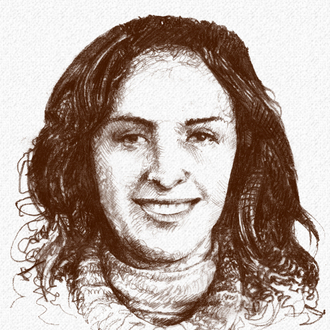 « A rich and assertive voice-over »

After having started as a stage actress, Natalina decided to devote herself entirely to the profession of voice-over actress in the early 2000s. A host for different radio stations in Portugal, her voice seduced many advertisers who choose her to embody their national advertising campaigns. During her long career, she has been able to lend her voice to many other projects such as corporate films, animations, explainer videos, and even video games. So do not hesitate, and place Natalina's voice at the heart of your project now!

Don't hesitate and select the voice of an experienced professional like Natalina C. to give a real added-value to your message.

All the audio clips of Natalina C.

The audio clips of Natalina C. will soon be here but they are already available on demand

Contact us to receive a selection of mp3s from this voice-over.
We will do all we can to present you with mp3s and videos from Natalina C. as quickly as possible

I used Natalina's voice for a documentary I was producing. She delivered a remarkable recording that corresponded to the indications I had given. A very great professional Portuguese voice-over!