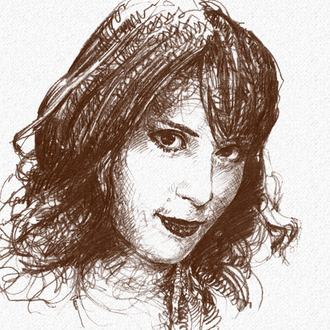 « Actress with a lively and catchy voice »

Theana started acting in theater and singing, one day she was asked to lend her voice for a cartoon character. Since then she has never left the recording studios and decided to devote herself entirely to the profession of Greek voice-over actress. She improved her skills by working with some of the biggest names in the business in Greece and worked for various radio and TV stations. In parallel she works on many other projects such as corporate videos, commercials, documentaries and interactive phone systems. Don't hesitate any longer and use Theana's voice for your communication, you won't regret it!

Don't hesitate and select the voice of an experienced professional like Theana V. to give a real added-value to your message.

All the audio clips of Theana V.

The audio clips of Theana V. will soon be here but they are already available on demand

Contact us to receive a selection of mp3s from this voice-over.
We will do all we can to present you with mp3s and videos from Theana V. as quickly as possible

A great voice over and a super professional! She was able to adapt to my requests and really deliver the result I was looking for. With Theana's voice, my documentary on Greek gastronomy really gained in quality. A big THANK YOU to you!